The Club’s annual general meeting and installation dinner took place in the prestigious setting of Haberdashers’ Hall on Wednesday 3 November 2021.

Mrs Sobhna Umradia was presented with the Consort’s brooch by Mrs Anne Somers.

Following the formal process of the AGM, the President dined with 171 fellow members and guests of the Club. 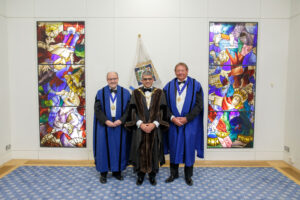 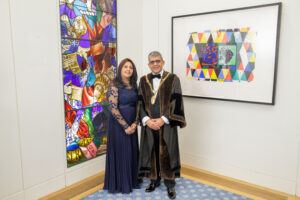 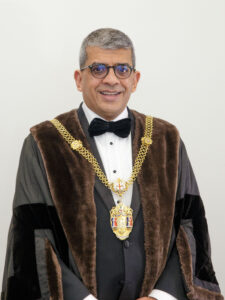 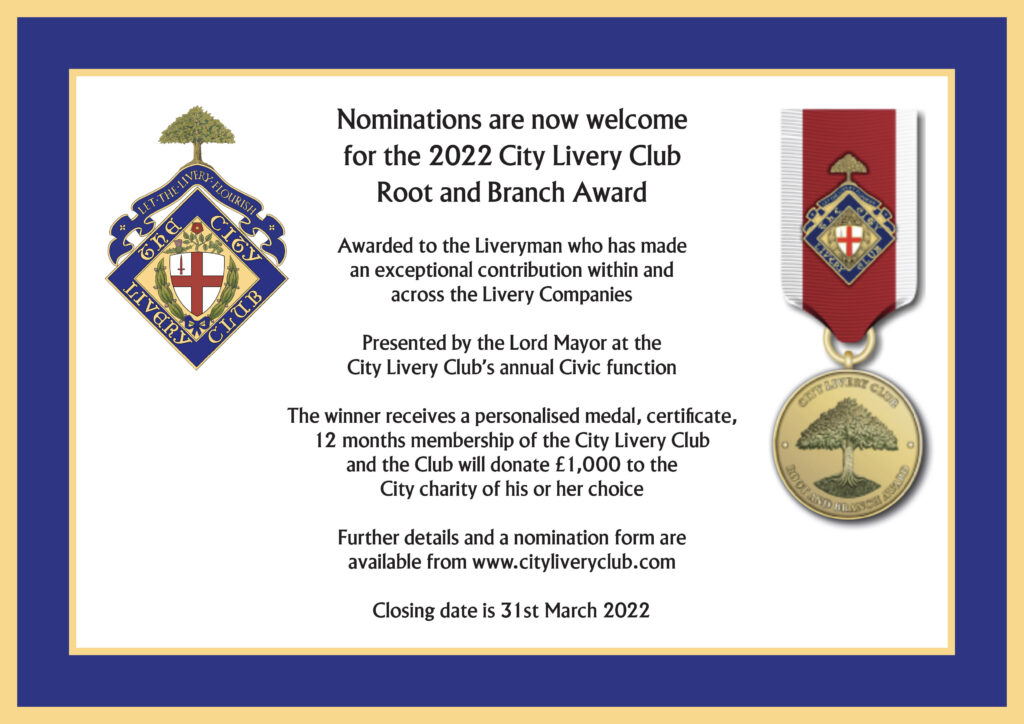 The City Livery Club was founded in 1914 and is privileged to count the Rt. Hon. The Lord Mayor as Patron and HRH The Princess Royal as an Honorary Member. His late Royal Highness The Duke of Edinburgh was also an Honorary Member. The Club offers a private daytime Club for Liverymen and members of related City organisations where they can meet, dine, and exchange views in heritage premises close to the Tower of London and within easy distance of Mansion House and Guildhall.

The Club also provides a broad programme of events both formal and informal, with various special interest “Sections” for History & Antiques, Investments, Motoring, Music, Wine, Golf, Aero, Photography, Under 40s and Women in the Livery.

A series of “City Face2Face talks” by VIPs e.g. both our current Sheriffs are informal discussions with City movers and shakers.

The Club has a number of reciprocal arrangements with other fine Clubs in London, across the UK and around the world. 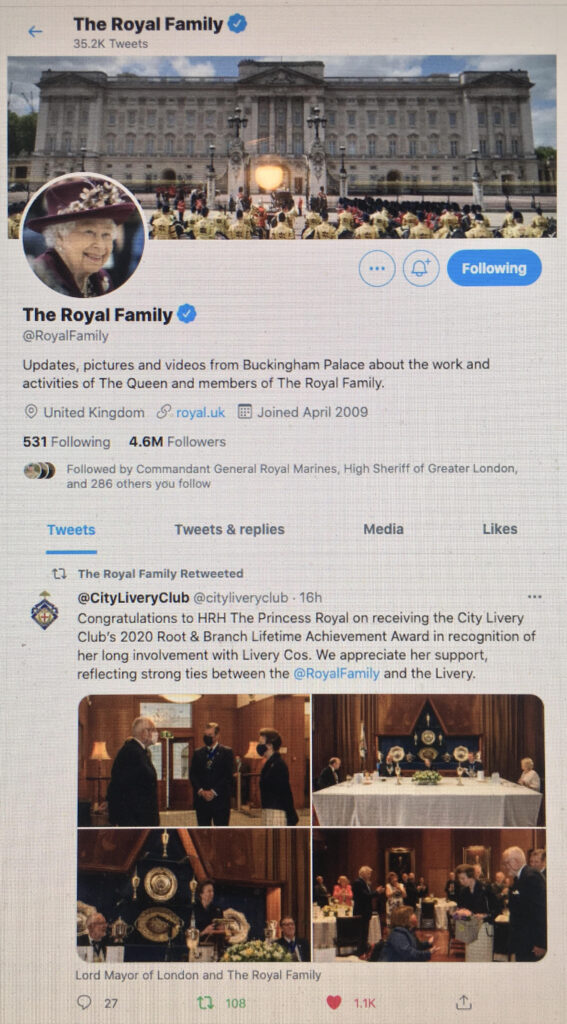 HRH The Princess Royal KG KT GCVO QSO was principal guest at the Annual Civic Luncheon of the City Livery Club which was held at Carpenters’ Hall on Wednesday 7th July 2021.

The event was attended by Club Officers and Members, the Lord Mayor of the City of London, Civic representatives, and previous winners of the Club’s prestigious Root & Branch Award, established in 2014.

In recognition of her long involvement with several of the Livery Companies of the City of London, Her Royal Highness was presented with the 2020 Lifetime Achievement Award.

HRH The Princess Royal is a member or honorary member of no less than 11 City Livery Companies and has served as Master or Prime Warden of 9 of them. Her “Mother Company” is the Farriers, where she became the second only female Master of any Livery Company in 1984/5. Since then she has served as Master of the Carmen,  Loriners, Woolmen, Farmers, Master Mariners, Butchers, Saddlers and most recently as Prime Warden of the Fishmongers in 2017/8.

The accolades given to her included comments that she was extremely conscientious and a no-nonsense leader. Without exception, she has remained closely in touch with these companies, continuing an active engagement in their work.  In her acceptance speech, HRH spoke of her pleasure in receiving the award and her admiration for the way that the Livery bridges the gap between traditional skills and business, as well as the positive impact that the Root & Branch Award has had in giving recognition to significant Livery initiatives such as the Magical Taxi Tour. 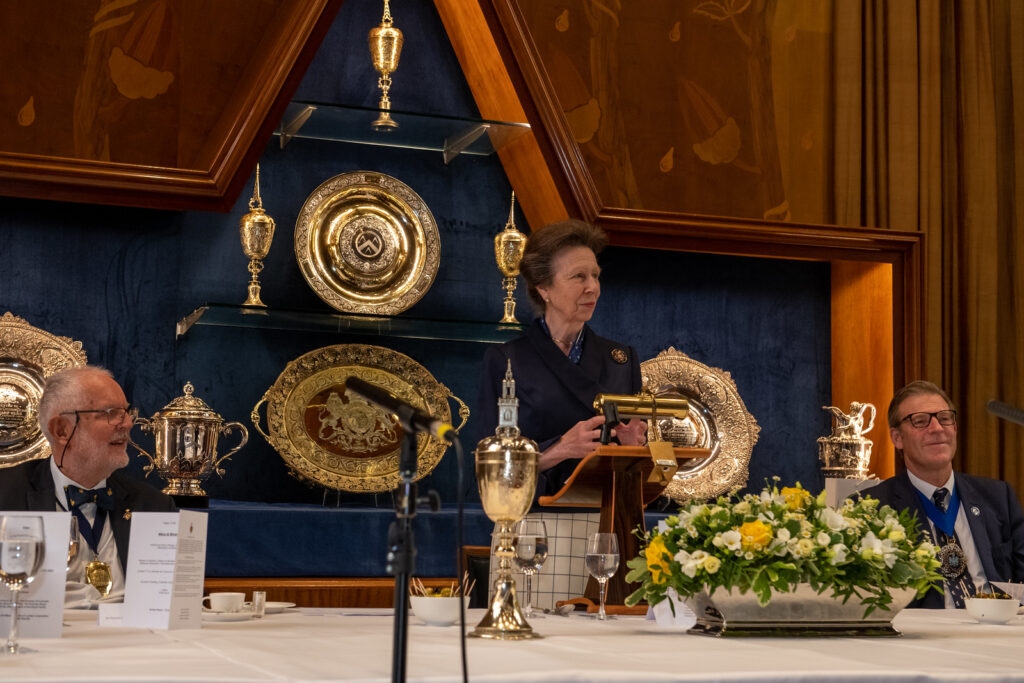 from left to right: President Nic Somers, HRH The Princess Royal, The Rt.Hon. The Lord Mayor

Acting Clerk, Debbie Johnson, is currently working from home Tuesday – Friday 9am to 5pm.  Should you wish to contact her please email clerk@cityliveryclub.com or call 07808 646 936

For a complete list of Livery Companies, and plenty of information about the Companies and the City Civic, please see: https://www.liverycommittee.org/

The next deadline for membership applications is 31 December 2021. For more information see our membership page.

DINING AT THE CLUB

Please make reservations direct with the Club on 020 7167 6682 or email secretary@cityuniversityclub.co.uk

Breakfast and Lunch is served Monday to Friday.

Dinner is served from 6pm every Thursday.

Watch out for themed dining events advertised in our regular newsletters and also on the events page of our members website. 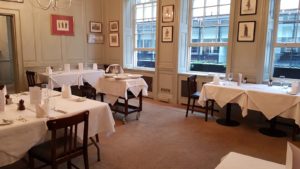